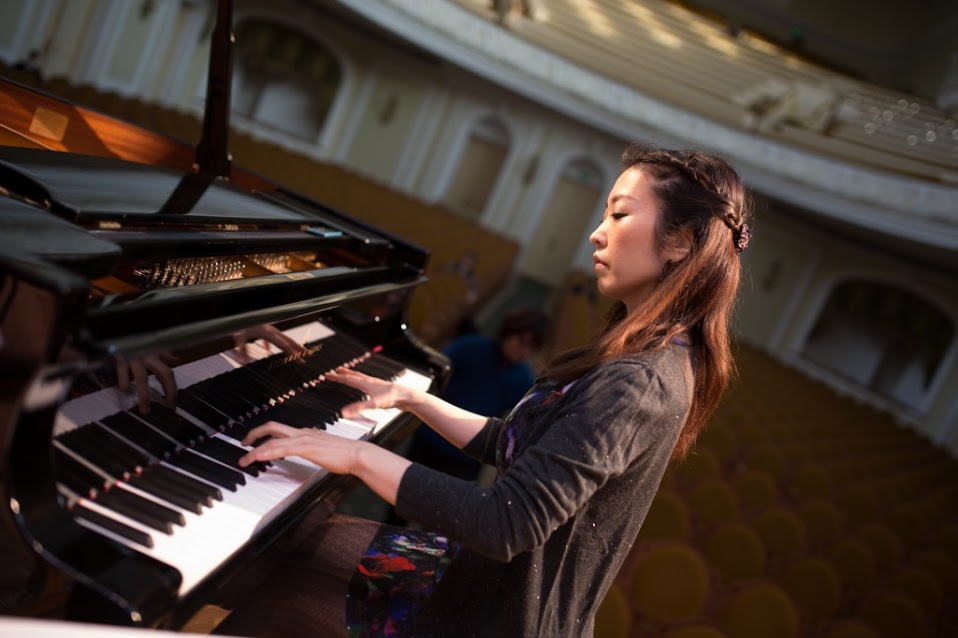 Tomona Miyazaki was born at pref. Kagawa Japan. She graduated from the dept. of Instrumental Music of Faculty of Music at Tokyo National University of Fine Arts and Music (Geidai) in 2000, and entered the Moscow Tchaikovsky Conservatory the same year (class of Professor Valery Kastelsky). In 2003 she finished post-graduate study at the Moscow Conservatory (class of Professor Sergei Dorensky). Tomona has been acquiring experience under the supervision of M. Harimoto, H. Czerny-Stefanska, Valery. V. Kastelsky, Sergei. L. Dorensky and Ada M. Traub. At present Tomona Miyazaki continues her fruitful performance activity while staying in Russia.

In 2004 she was awarded the 1-st prize among piano solists during an International Competition “Music without limits” in Lithuania. Since 1996 up to now, she had performed at the various concerts held in Japan as well as in Russia, Austria, France, Lithuania, Mexico, Spain, Tajikistan, USA and Uzbekistan. Tomona had performed with many Orchestras (such as Kansai Philharmonic Orchestra, Nara Philharmonic Orchestra, Moscow State Academic Symphony Orchestra under Pavel Kogan etc.) In 2003, 1st CD album “LUX EX TENEBRIS”, in 2005 2nd CD album “VIA AD SECRETUM” and in 2012 3rd solo album “Dance + a” has been issued. At the present, she is a member of the “Russian Music Foundation”.